Until now, TuringTrader had to be compiled from source code. To simplify developing with TuringTrader, and to reach a broader audience, we are now making a binary distribution available. 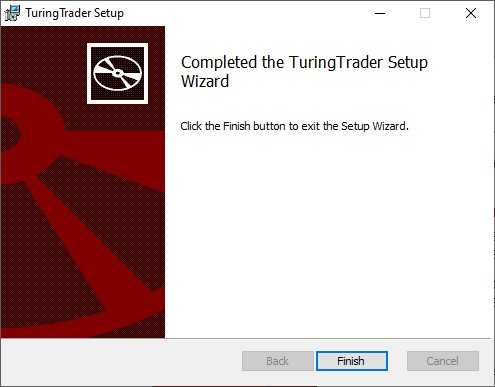 Creating a binary distribution looks like a straightforward thing to do, but under the hood, this step had more implications than we anticipated.

Initially, TuringTrader used the .NET Framework 4.8. Unfortunately, we encountered issues when deploying the binary, related to the .NET version found on the target machine. To remedy this, we decided to migrate the code to .NET Core 3. This version, currently in preview, allows developing Windows Desktop applications like TuringTrader. However, this step also required making a ton of little changes and fixing a galore of nasty little bugs. Still, we believe that this was the right thing to do, as it also puts us on a path to porting TuringTrader to other platforms, first and foremost Linux.

For the installer, we decided to go with the WiX Toolset. Right now, there is no ready-to-use template for collecting the relevant files of .NET Core applications. However, WiX includes the Heat tool, which can harvest directories, e.g., the folder to which we published the application.

In conjunction with the ability to run algorithms from source, and the native rendering templates, the binary distribution makes TuringTrader a stand-alone application, that does not rely on any other software to be installed.