Almost exactly one year ago, we started the TuringTrader.org website to share our tools with the world. It’s been a fun ride, and we are enjoying software development more than ever. And while we made countless improvements to make TuringTrader more approachable, it remains to be a tool for developers and curious nerds. Until today. 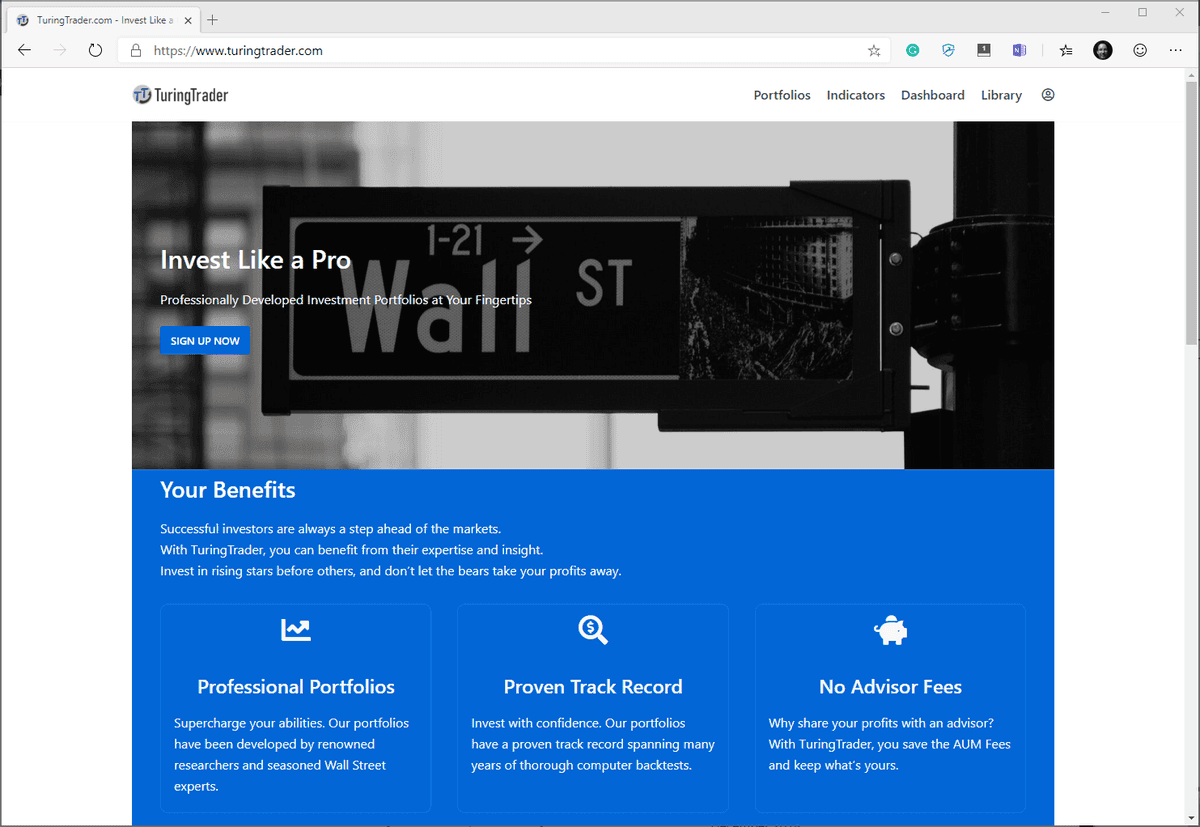 With TuringTrader.com, we are aiming at a new audience: anybody interested in tactical asset allocation. The site launches with a few portfolios taken from books and publications I read in the past year. And if you paid attention, you noticed that TuringTrader.com is running the exact source code the open-source project contains here: Books & Pubs on GitHub

We hope you enjoy the journey as much as we do.