One of TuringTrader’s great strengths is the ability to create fully customizable reports. However, until now this meant a whole lot of work for developers, as the templates included with TuringTrader were rather basic. With the latest update, we have changed that: The new SimpleReport template offers beautiful aesthetics, new performance metrics, and Monte Carlo analysis.

After running a backtest, the first thing most developers are interested in is the equity curve. That’s why this is the first page we show, just like most other backtesting engines do. The chart provides a quick overview of the strategy’s performance and risk. 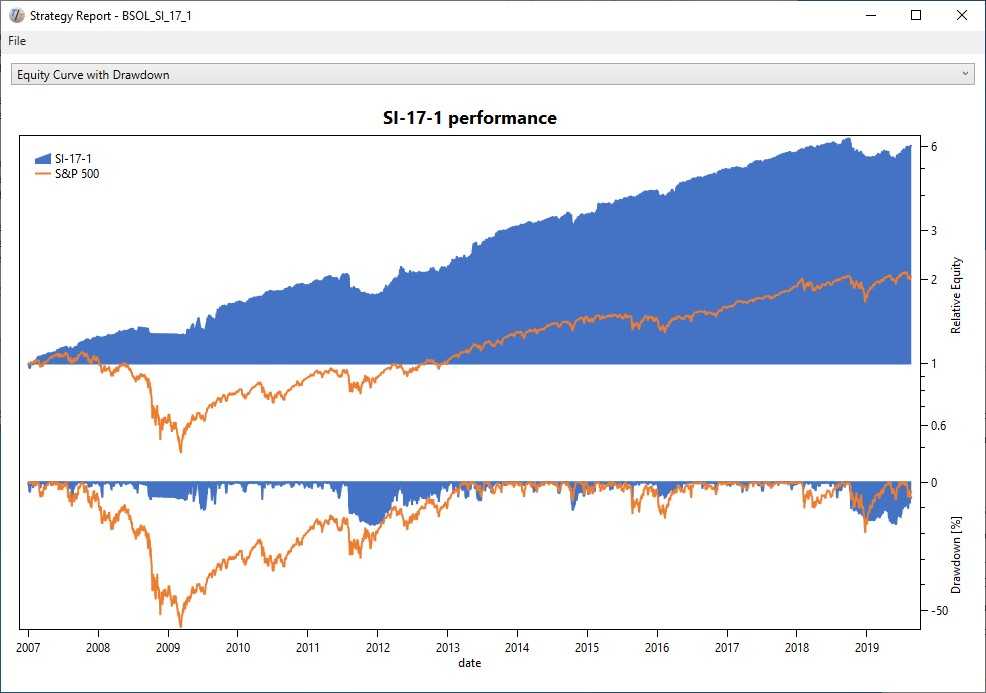 We firmly believe that performance should always be measured against a benchmark, which is why we include the strategy’s benchmark on the chart. To make it easier to spot irregularities in the strategy’s return, we show the equity on a logarithmic scale. Risk is the most critical aspect of any investment strategy, only surpassed by long-term performance. The template shows the risk as a drawdown or underwater chart right below the equity curve.

We’ve had this view for a while now, but the updated template has prettier colors and improved axes. Also, we added a feature to save charts as a PNG image, to make it easy to use TuringTrader’s charts in documents, presentations, blogs, or web pages. 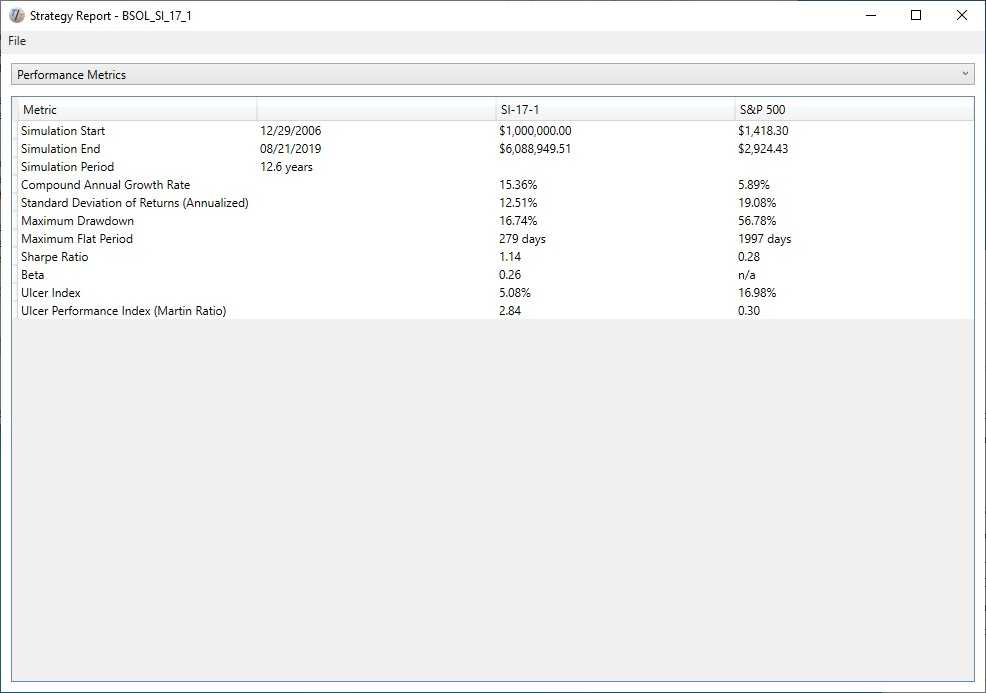 Again, you might feel you’ve seen this before, but there are some essential changes and improvements. The overall layout looks prettier and cleaner. Under the hood, we are calculating the Sharpe Ratio using the 3-Month Treasury Bill Rate as the risk-free return. We have added the Ulcer Index and the Ulcer Performance Index. And moving forward, we are likely going to add more metrics as we see fit. Also, we have added a feature to save the table as a CSV file.

Now let’s get to the new views. First, we have added a page showing the yearly returns as columns, because that’s the way how many investors like to think about their assets. The chart speaks for itself: 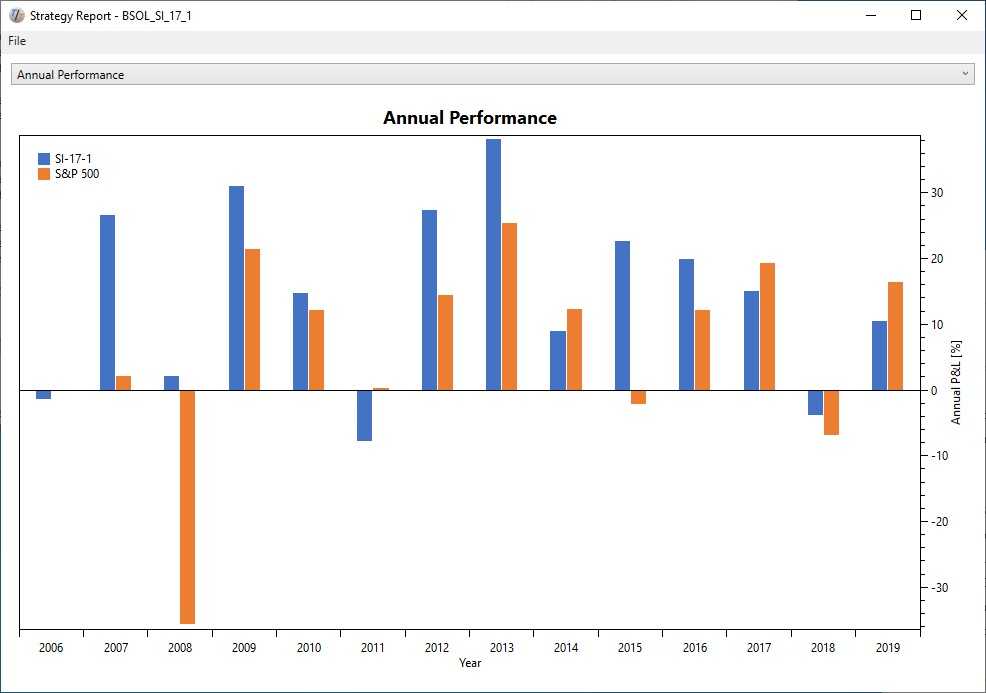 The next view shows the cumulative distribution of returns. As with all of our views, we show the strategy alongside its benchmark: 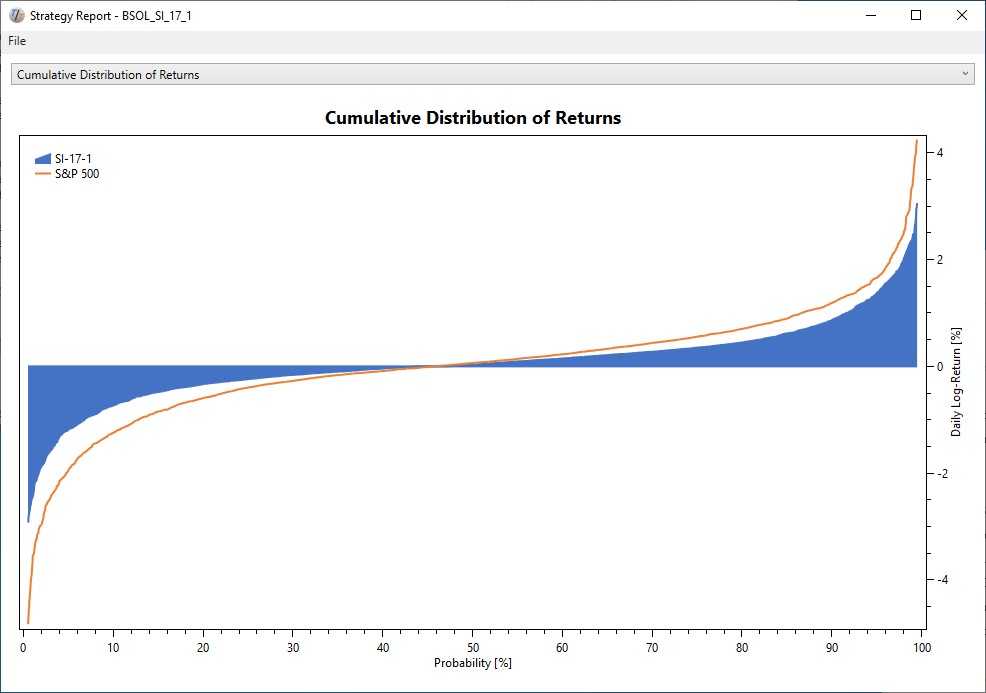 For those not familiar with Cumulative Distribution Functions, the chart shows the maximum daily return for a given probability. The chart above shows that 90% of the days our strategy has a return of about 1% or less.

What makes this chart especially useful is the comparison of a strategy to its benchmark. Here are some findings from the example above: 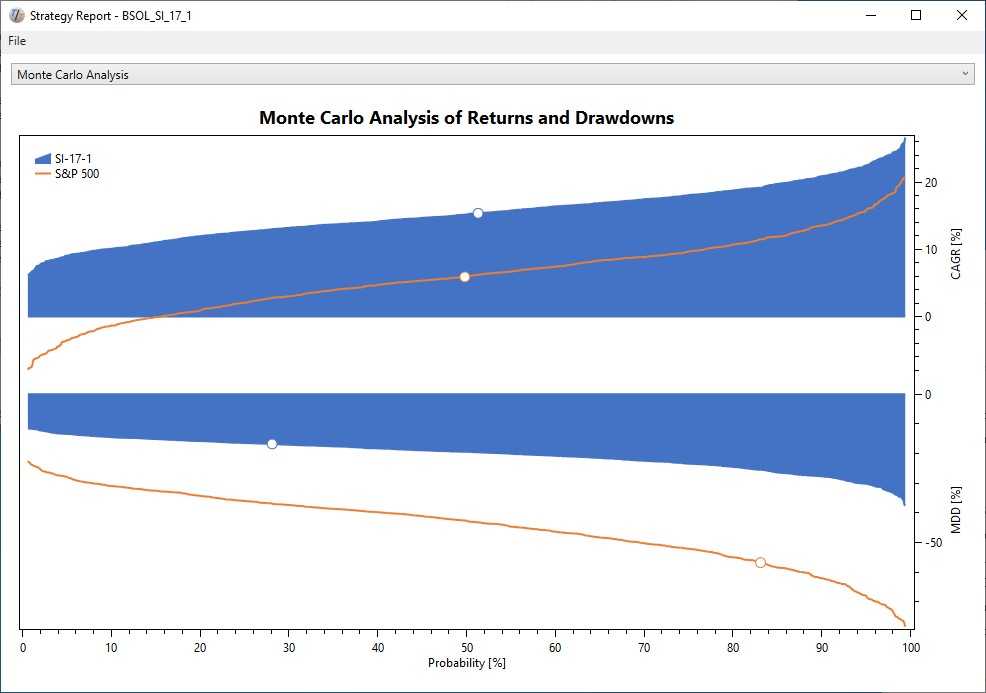 This method helps us develop a better idea of how representative a backtest result is, and what we should reasonably expect for out-of-sample performance. The view shows cumulative distribution functions for annual return and maximum drawdowns. The graphs include a marker, showing where the original backtest ranked.

Again, what makes this especially useful is the comparison to the benchmark. Here are some findings from the example chart:

Monte Carlo analysis is an invaluable tool to have, as it helps to identify statistical flukes and develop more robust strategies.

While the default views are very useful, we are aware that developers of strategies will always want more. The SimpleReport template allows adding any number of strategy-specific charts or tables to address this need. As an example, we added a table with the list of trades taken by the strategy: 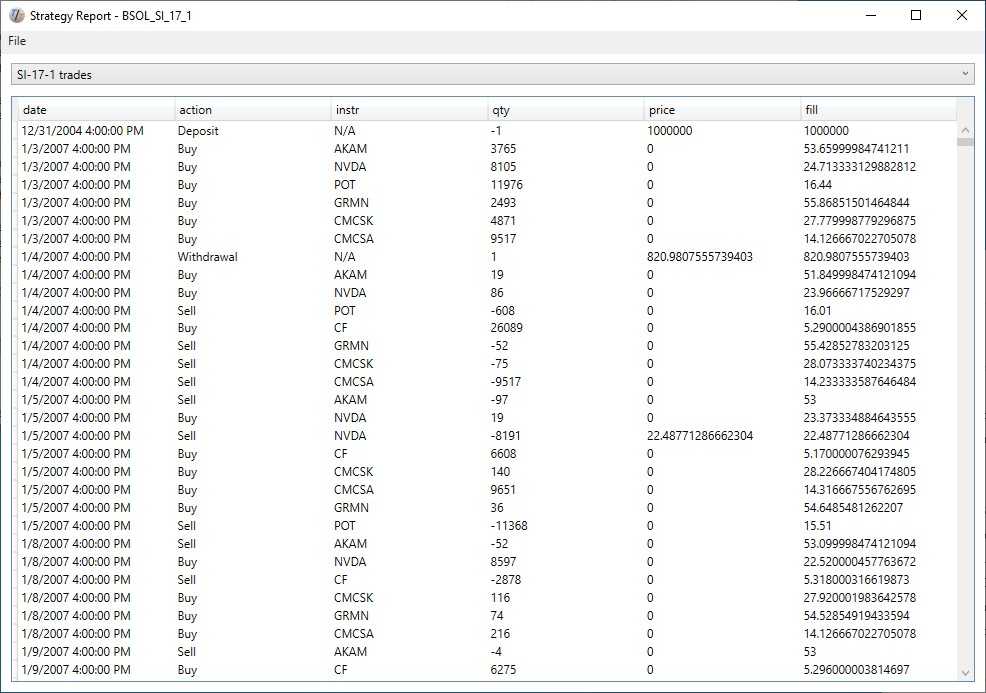 To create all of the default views shown above, we only need a few lines of code:

In a nutshell, a strategy needs to write its NetAssetValue along with the benchmark value to a plotter object. This is typically done on every bar, but other frequencies are also possible. Everything else is the same as outlined in our Demo 01.

We hope that this new template makes TuringTrader more approachable and more useful to you. Keep in mind that you can use the SimpleReport template as a basis for your customized templates. That way you can add any specific chart or metric you are missing right now. To do so, find the template’s code in our repository. The updated template will, of course, be included in the upcoming binary distribution, whenever we ready it. In the meantime, it is available for those following TuringTrader’s developer branch.